As Len sings and teaches around the globe, he brings the fresh authentic presence of God wherever he goes and ushers in spontaneous praise, deep worship with life-changing breakthrough. He has become a beloved worship leader all over the world.

Len has authored his long-awaited book, "The Supernatural Power of Music, a Quantum Leap Into Worship." This dynamic work is packed with layers of revelation. Len studies the relationship between music, the world of science, and the realm of the Spirit. Prepare to be uplifted and transported into a whole new level of awareness of faith, music, and quantum physics!

He has also served as the lead worshiper for Kenneth Copeland meetings worldwide for decades.

His beautiful voice brings healing and peace of Jesus to millions around the world. Len has produced and recorded over 30 albums of contemporary Christian music as well as several beautiful hymns projects.

Len also has a powerful ministry to children through his Gospel Duck series. These dynamic tools are designed to empower children with the Word of God and a strong self-image.

Len and Cathy have their own daily television program on the TCT television network. The program, called "Len & Cathy," is seen in 173 countries, and on DIRECTV channel 377, Monday - Friday at 11am and 3:30am CST.

At 21, Len began his television career with his own weekly, prime-time television production and was the featured soloist in thirty-two concerts with the Cincinnati Symphony Orchestra. He made multiple appearances singing on The Tonight Show, Mike Douglas, Merv Griffin, and many others.

Despite his successful career in show business, Len felt empty. In 1971, the Holy Spirit began to move at his CBS television studio in Cincinnati. Ken Bagwell, Arthur Blessitt, and Father Tom Turnbull were instrumental in bringing Len into a personal relationship with Jesus Christ that filled that void and plunged him into a new life of genuine excitement and peace.

Shortly after that, Len was shocked to be diagnosed with a terminal blood disease. A fan came to the hospital and brought him Kathryn Kuhlman’s book “I Believe in Miracles.” Len found out that healing is God’s will. As he began to praise God and rejoice he was miraculously healed. And his doctors gave him a clean bill of health, finding no further trace of the blood disease. Len later had the honor of singing in many of Miss Kulhman’s meetings.

He also is a long-time member of The Tribe of Judah motorcycle ministry, reaching bikers and outlaw gangs in rallies, prisons, and meetings across the U.S. and abroad.

Len enjoys his Harley Road King, given to him by many ministry friends.  The Lord loves to bless his children! 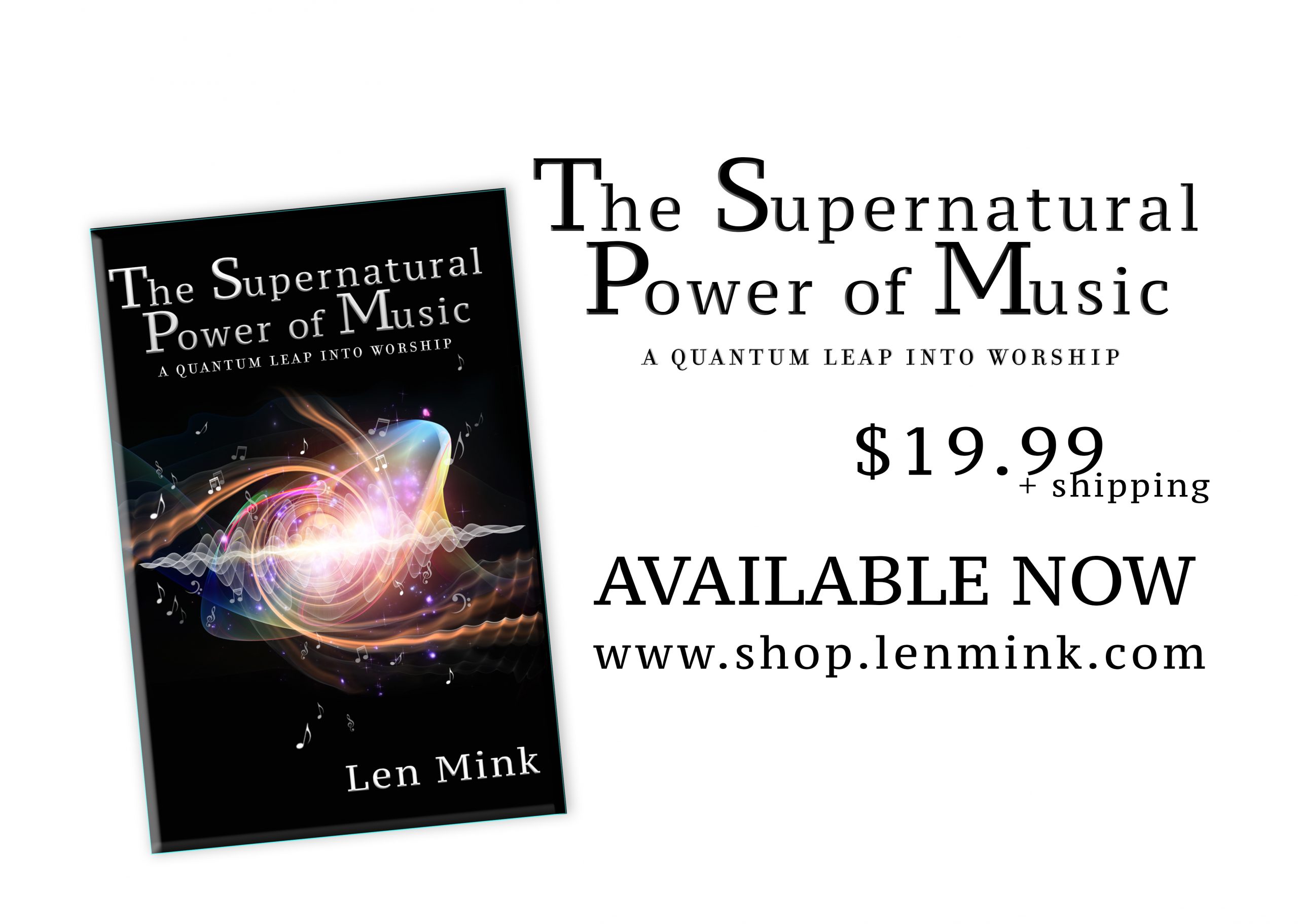 The Supernatural Power of Music

A QUANTUM LEAP INTO WORSHIP

After many discussions with Len Mink on this subject (which certainly whetted my appetite), the eagerly awaited time has arrived and I am more than ready to read this book!

"Leading Psalmists for decades. He has put heart and soul into every page! It is a must read!"

"Len's book has given me a deeper understanding of just how incredibly vast our God is and the deep wonder of how He created this world. Frequency is in us and every living creature. I am more accountable for what I put into my body and the words I speak. It is life-changing!"